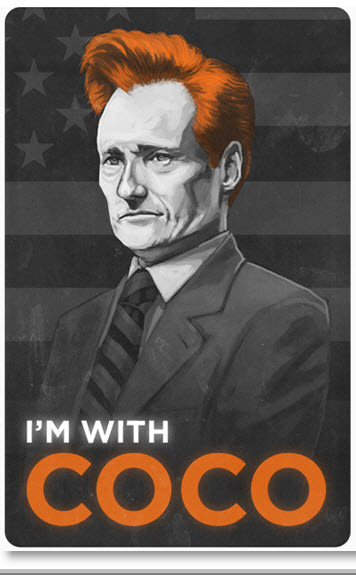 Conan O’Brien contractually can’t do a TV show until September, but there’s nothing to prevent him from doing a tour of live stage shows — which are supposedly in the works, according to The Wrap and the New York Times. (O’Brien’s reps did not respond to requests for comment.) Conan, live and in person? Sign me up, but do it quick.

Team Coco’s fervor is fading, and pretty soon the new story will be how Jay’s doing back in his old timeslot, whether NBC can leverage a post-Olympic ratings bump, if Letterman can turn this into the best ratings of his career. The time for a Conan tour is right now.

I’d hope a live show would tap into everything O’Brien can’t do on TV; broader, smarter, dirtier, and more daring than any network could ever sign off on. I want more sketches, fewer interviews, more interesting guests, and more full-on comedy geekery, maybe a variety show instead of talk show?