Michael Jackson: Was He Influenced By The Nation of Islam? 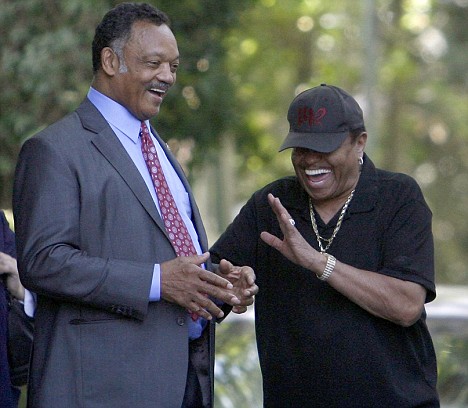 Michael Jackson’s death has thrown up new questions about the pop star’s connection to the Nation of Islam, the black nationalist sect.

Jackson reportedly converted to Islam and changed his name to Mikaeel in 2008, although he never talked publicly about his faith.

Grace Rwaramba, the woman he employed to look after his children for more than a decade, is known to have ties to Louis Farrakhan, the charismatic leader of the group.

Speaking after Jackson’s death, she claimed that he had increasingly fallen under the influence of the Nation, which supplied his bodyguards.

Leonard Muhammad, Farrakhan’s son-in-law and chief of staff, was appointed to run the King of Pop’s business affairs despite a chequered CV including a spell selling unproven Aids treatments in deprived areas of Chicago.

Mrs Rwaramba also alleged that the sect charged Jackson more than £60,000 a month to rent the Bel Air property where he died, when similar houses were on the market for a quarter of the price.

The 42-year-old was sacked in December after falling out with Jackson. But she was replaced by another woman from the Nation employed by Jackson’s brother Jermaine, a Muslim convert.

Although there are no allegations that the Nation of Islam contributed to Jackson’s death, their involvement with the wealthy but vulnerable pop star has raised concerns that he could have been open to exploitation.

Jackson was notoriously bad at keeping track of his spending and was prone to favouring people in his inner circle with lavish gifts tdespite estimated debts of £200 million.

The Nation of Islam, which was established in 1930, advocates a separate state for black Americans and teaches a modified version of Islam, giving theological prominence to its founder Wallace Fard Muhammad.

It operates dozens of businesses and runs numerous charity projects, but has been accused of promoting anti-Semitism, a charge it denies.