FCC Chairman Nominee: ‘I Do Not Support’ Reinstating Fairness Doctrine 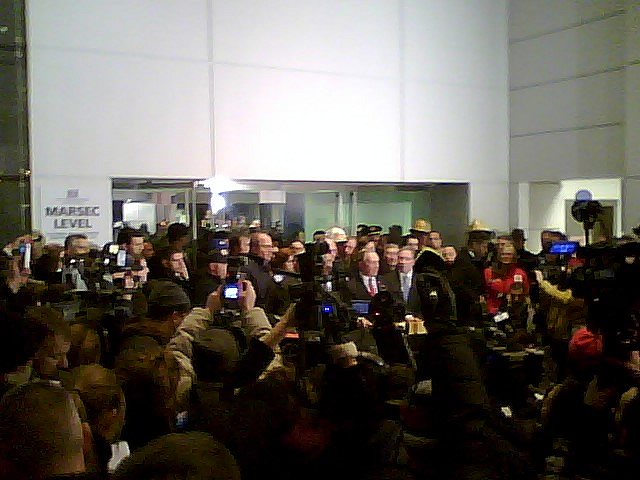 Washington (CNSNews.com) – Julius Genachowski, President Obama’s nominee to become chairman of the Federal Communications Commission, told a Senate committee Tuesday that he does not plan to resuscitate the “Fairness Doctrine”– a rule that regulated how broadcast stations covered controversial issues, until it was repealed in the ‘80s.

“No, senator I don’t support reinstatement of the ‘Fairness Doctrine.’ I feel strongly about the First Amendment and I don’t think the FCC should be involved in censorship of content based on (limiting) political speech,” Genachowski told the members of the Senate Commerce, Science and Transportation Committee.

The nominee’s comments were in response to Sen. Kay Bailey Hutchison’s (R-Texas) question of whether he favored reviving the doctrine through any existing regulations, including “localism” standards.

“As I understood, you said that you do not support reviving it (the Fairness Doctrine) or anything like it, directly or indirectly through ‘localism’ and that sort of thing, and I just wanted to have for the record that I am correct stating your position that you would like to reinstate it,” Hutchison asked the nominee.

Genachowski’s response was similar to that given by the White House in February.

“As the president stated during the campaign, he does not believe the Fairness Doctrine should be reinstated,” White House spokesman Ben LaBolt said on Feb. 18.

Concern about reviving the doctrine had surfaced a few days earlier, on Feb. 15, when Obama advisor David Axelrod told Chris Wallace on “Fox News Sunday,” that he would “leave that issue (reviving Fairness Doctrine) to Julius Genachowski, the new head of the FCC, and to the President to discuss.”

Conservatives are concerned that even though the administration has said it does not endorse bringing back the “Fairness Doctrine,” several Democratic members of Congress have indicated that they would like to reinstate the policy.

What’s more, conservatives say the new administration may try to use existing FCC regulations, such as its “localism” policy, to bring back the requirement that broadcast stations either present “both sides” or avoid talking about controversial issues.

Under localism, which is already in place, “local content boards” would be created to ensure that a broadcasting station is up to par with community standards.

But conservatives and some broadcasters say that local content boards could add additional burdens to broadcast stations, which already have to answer to advertisers and listeners.

Worse, they say, the boards would likely bow to political influence to determine what should – and should not — be aired – in some localities, which could wind up excluding some conservative talk radio shows that dominate the talk radio airwaves.

Genachowski clearly stated his opposition to any attempt to bring back the Fairness Doctrine.

Sen. Mike Johanns (R-Neb.) brought up the concern during his opening statement, but rather than staying to question the prospective FCC chairman, Johanns left after making his initial remarks saying he would rather deal with the issue at a later time.

“Maybe sometime you can stop by the office, I would love to visit with you about the community advisory boards (local content boards),” said Johanns. “I can’t say there is huge controversy out there, but there is some controversy.”

Hutchison and Johanns were the only Republican committee members, out of 11, who asked Genachowski questions. Johanns left after his opening statement, and no other Republican members attended the hearing.

Committee Chairman Sen. John Rockefeller (D-W.V.) said he was embarrassed about senators leaving right after their opening statements, given the importance of the FCC.

“I am not pleased by the way — this is my fault I take full responsibility for it, that people made their statements and left. Some happen to come back . . . but it’s wrong it this particularly immensely important hearing, nomination hearing,” Rockefeller told the nominee.

The chairman criticized those committee members who included their questions and concerns in their opening statement and left soon thereafter.