NBC Sticks to the Script for Six New Prime-Time Series 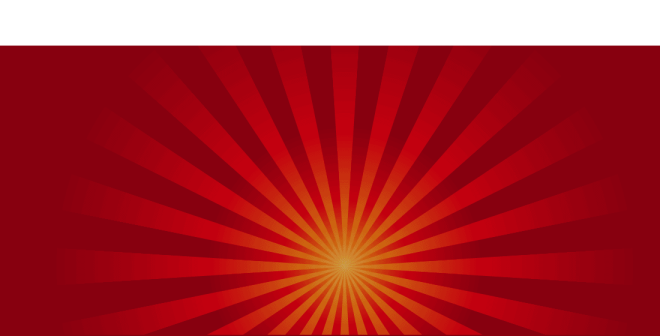 “Chuck” obsessives will have to chow down on Subway foot-longs for at least another week, but fans of the flick “Parenthood” can stop donating disposable diapers to Octomom, or whatever grass-roots campaign it is they’ve hatched to persuade NBC suits to adapt it into a prime-time series starring Peter Krause, Maura Tierney and Craig T. Nelson. It’s a done deal.

“Parenthood,” from Ron Howard’s Imagine Entertainment, is one of six new scripted series the network unveiled to advertisers Monday at NBC’s 30 Rock HQ.

The list of lucky new series includes two medical dramas — you’re going to hear about a lot of new doc dramas in the next few weeks as all the broadcasters look for the next “ER.” “Trauma” is about a first-response team of paramedics in San Francisco, where helicopters plunge from the sky and cars turn into flying fireballs. The other, “Mercy,” is about a nurse, just back from a tour of duty in Iraq, who is married to a nice guy and in love with a hot doctor at her hospital.

Two comedies made the cut: “100 Questions” is about a bunch of 20-something BFFs — think “Friends,” if Rachel were using an online dating site because she’s so gorgeous she’s having trouble finding guys.

The other comedy, “Community,” is about a study group that perfectly reflects the student body at a community college — community colleges, NBC notes, being a gathering ground for losers, newly divorced housewives and old people trying to keep their minds active as they circle the drain of eternity. The old-person role has gone to Chevy Chase, while Joel McHale of “The Soup” is our hero/loser — a lawyer stripped of his law degree because he lied about graduating from college.

Rounding out the list of new NBC shows: drama series “Day One,” about a global event in which millions of mysterious thingummies from outer space rocket into Earth and pretty much nuke everything — except, that is, an apartment building in Van Nuys, Calif. Residents of this building are now trying to rebuild society — so how lucky is it they’re all young and hot? “Day One” is a midseason order.

Among returning NBC series, “Heroes” made the cut, and NBC has ordered at least six more episodes of those “Saturday Night Live” “Weekend Update” half-hours it ran in prime time last fall — but then that was during a presidential election when interest is always high in “SNL”; this year, of course, it’s not.

NBC Entertainment/Universal Media Studios co-chair Ben Silverman anticipated just that issue Monday afternoon, when he and his NBC Universal colleagues gave a repeat performance of their morning presentation to advertisers, to The Reporters Who Cover Television.

“Can you imagine Joe Biden and swine flu this week?” Silverman said of the prime-time faux news show’s possibilities.

Poehler helped NBC suits unveil their new series pickups to the press: She came out wearing a mask over her nose and mouth because, she said, she is “afraid of monkey sniffles,” she told Silverman onstage. This did not play well with reporters; possibly they thought she was calling them a bunch of monkeys.

Silverman also trotted out Donald Trump so he could ask The Donald why his “Celebrity Apprentice” has been such a groundbreaking show.

“This stuff kills with the advertisers!” Silverman said of the celebrity appearances as The Donald stepped offstage. “It’s like I want to do the moonwalk.”

He did the moonwalk.

This world is a better place because Ben Silverman delivers NBC’s pickups presentation.

Long before Monday’s announcement, NBC had committed to picking up Trump’s show next season. Also returning to NBC are comedies “The Office” and “30 Rock,” but the outlook for “My Name Is Earl” is not bright now that NBC has opted to bring back those “SNL” prime-time half-hours in the fall.

NBC also had already announced it was bringing back “Friday Night Lights,” “Heroes,” “Dateline, “The Biggest Loser” and “Law & Order: Special Victims Unit,” though the network still has no deal to bring back its stars, Mariska Hargitay and Christopher Meloni, who reportedly are holding out for an equity stake in the show. “The show is coming back with or without them,” Silverman’s counterpart, NBCE/UMS co-chair Marc Graboff told the press, adding that NBC has an offer on the table to the two thespians and hopes they accept it. Brrrrr!

The word from the stage yesterday, in response to reporters’ questions about the shows’ chances of returning next season: maybe, no one thought to ask, probably, not a chance and most likely.

“He’s one of the most advertiser-friendly people I know,” said NBC Universal sales and marketing president Mike Pilot, adding that this “doesn’t damage the integrity of the show.”

Monday’s announcements were not comprehensive. Silverman said the rest of the series pickups and the network’s actual prime-time schedule will be unveiled the week of May 8 during the traditional Broadcast Upfront Week, when the rest of the broadcast networks will trot out their new lineups. However, figuring out the basics of NBC’s sked isn’t rocket science, now that the 10 p.m. hour is otherwise occupied by Leno.