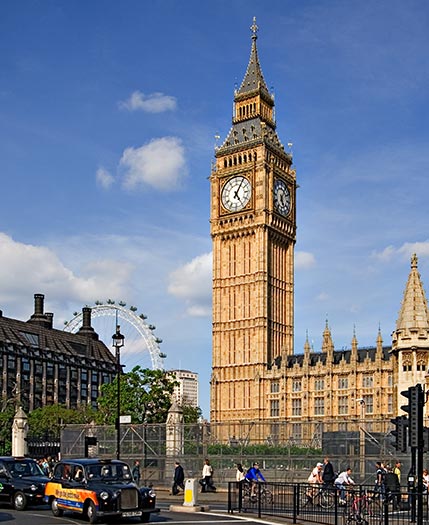 Feb. 5  — The Bank of England lowered the benchmark interest rate to 1 percent, extending the most aggressive round of cuts in its three-century history as officials try to limit fallout from the deepening recession.

The nine-member Monetary Policy Committee, led by Governor Mervyn King, cut the bank rate to 1 percent from 1.5 percent. That’s the lowest since the central bank was founding in 1694 by William III to fund a war against France. The move matched the median estimate of 61 economists of a Bloomberg News survey.

The U.K. economy will shrink the most since 1946 this year and faster than any other industrialized country, International Monetary Fund forecasts show. Prime Minister Gordon Brown’s government has given the central bank powers to spend up to 50 billion pounds ($73 billion) on bonds and commercial paper as interest rates lose their potency to aid economic growth.

“The global economy is in the throes of a severe and synchronized downturn,” the central bank said in a statement. “Business and household sentiment in many countries has deteriorated. The supply of credit remains constrained.” In Britain, “credit conditions faced by companies and households have tightened further,” it said.

King will present the bank’s updated economic forecasts on Feb. 11. Minutes of this month’s meeting, showing how the members voted, will be published on Feb. 18.

The Bank of England has now lowered its rate by 4 percentage points since October. The U.S. Federal Reserve has reduced its key rate to a range between zero and 0.25 percent. The European Central Bank kept its rate at 2 percent today.

Central banks in South Africa and the Czech Republic joined the U.K. in cutting interest rates today to fight the global slump. South Africa’s central bank cut its benchmark rate by 1 percentage point, the biggest reduction in more than five years, to 10.5 percent. The Czech central bank lowered the key rate for the third consecutive time, by half a point to 1.75 percent.

“We have a deep recession and a credit crunch,” said Michael Saunders, chief Western European economist at Citigroup Inc. in London. “Why wait? The debate is about how the economy can ever recover, and the Bank of England has the answer to that in its hands.”

The bank said there is “a substantial risk” that inflation will fall too far below the 2 percent target even though rate cuts since October, a 20 billion-pound package of tax cuts, cheaper commodities and a sharp drop in the value of the pound are likely to provide “a considerable stimulus.”

“The key is the line that credit conditions have tightened further,” Brian Hilliard, chief U.K. economist at Societe Generale SA in London, said on Bloomberg Television. “That’s the key emphasis for the government and the bank. They’ve got to continue to do things about it. And the asset purchase facility is the next button to press.”

King’s next step may be to pump additional money into the financial system. He said Jan. 20 that the central bank will buy “high-quality” assets within “weeks and not months” to ease market strains, a policy in line with similar measures pursued by Fed Chairman Ben S. Bernanke.

Brown and King are trying to rescue an economy that will contract 2.8 percent in 2009, according to IMF forecasts. House prices fell an annual 16.4 percent in January, mortgage lender Halifax said today.

Ford Motor Co. said today it plans to cut up to 850 jobs in the U.K. as demand for autos and commercial vans slumps. As many as 5,000 British companies may file for bankruptcy this year, a report by accounting and insolvency firm KPMG showed.

The downturn is cooling inflation. Consumer prices rose 3.1 percent from a year earlier in December, compared with 4.1 percent the previous month, the biggest drop in the annual rate since records began in 1997. The central bank’s target is to keep inflation at 2 percent.

Brown said yesterday that the world is suffering a “depression,” suggesting he may increase measures to stimulate the economy. The government has already pledged hundred of billions of pounds to prop up banks, and the pound has fallen 26 percent against the dollar and 16 percent against the euro in the past year, making British exports cheaper.

“There are many stimulus factors in place, cuts in interest rates, various fiscal packages will help,” said Nick Bate, an economist at Merrill Lynch & Co. in London and a former Treasury official. “But given that we’re in a world where many central banks are cutting severely, the ability to fine tune the economy has passed.”

The Federation of Small Businesses said yesterday that recent interest rate cuts aren’t helping companies because they cannot get access to loans. More than two-thirds of small businesses wanted the central bank to keep the rate unchanged, according to an FSB poll. The Building Societies Association, representing customer-owned lenders, also called for no change.

For now, the central bank may still have little choice but to keep cutting.

“The fundamentals are still weak and there is still some scope for orthodox policy easing,” said Ross Walker, an economist at Royal Bank of Scotland Group Plc in London. “It’s preferable to nudge rates further now than to turn to the printing presses.”